Learning to code is one of the best skills in modern times, as it allows you to get better jobs in IT and makes your resume stand out from the rest. Although most people think coding is complicated, the truth is that coding is easier than it looks.

There are a lot of coding apps that are perfect for beginners, as they teach you the basics of coding without needing any previous knowledge or experience. Here we have 16 of what we think are the best coding apps for newbies.

Grasshopper
Grasshopper is an intuitive learning app with easy-to-follow coding lessons and a user-friendly interface. Grasshopper is one of the most popular learning apps in the Playstore, as it is highly efficient at teaching basic coding concepts.

Encode
If you are looking for an app that can teach you everything from scratch and doesn’t require any knowledge of coding, then Econde might be the best pick for you. Encode is a good learning app for those who want to take their first baby steps into coding.

CodeHub
Made for those interested in android gadgets, CodeHub is a simple app that goes straight to the point and teaches you everything you need to know about HTML and CSS. If you are interested in learning web development, then CodeHub is a good pick for you.

Code Academy Go
Get all the knowledge of Code Academy courses wherever you go with Code Academy Go. This interactive learning app lets you get into any coding lesson without ever using your computer but by simply downloading the app to your phone.

Khan Academy
If you enjoy the coding courses of Khan Academy, then you must be happy to know that there’s an official port for Android and IOS. Now you can get all the knowledge of Khan Academy phone for free.

Enki
Enki is another good learning app option for those users who want to learn programming languages such as Airtable, Python, and Javascript. Although most of the content is free, some advanced courses need a paid membership.

SoloLearn
SoloLearn has very straightforward tutorials on different programming languages, such as CSS, HTML, C++, and Python. SoloLearn is great for those users who want to get all their knowledge from a single app, as it has basic tutorials and advanced coding lessons.

Programming Hub is one of the most effective learning apps on the Playstore, as it has over 5,000 lessons in multiple programming languages. This learning app has a highly intuitive user interface and reinforces all the lessons you learn with challenging quizzes.

Programming Hub also helps you connect with other users and participate in interactive lessons with them. This concept helps motivate most users, as it lets them compete on a leaderboard.

Udemy
Similar to Khan Academy and Code Academy, Udemy is a learning platform that has finally reached the Playstore. Udemy not only teaches courses about coding, but it has other interesting topics related to IT that you might want to check out.

12 DataCamp
DataCamp is a highly effective learning app that teaches three programming languages (R, Python, and SQL). Although DataCamp is great for beginners, we highly recommend it for those with previous knowledge of coding.

Moreover, most DataCamp content is free, but those who want to get an advanced education need to pay for the premium version.

Hopscotch
Hopscotch is quite different from the other coding apps on the Playstore, as this is a highly interactive game that also teaches coding lessons. If you want to learn basic coding concepts while playing a fun game, then Hopscotch is the pick for you.

Hopscotch can be a great tool to motivate kids to start their coding language, as its catchy game can also teach them basic coding concepts that will be useful in their future.

14 Udacity
Learn coding lessons from industry leaders who have worked with Google and Facebook. Udacity has plenty of options in programming languages, and each of its courses lets you learn without having any previous coding knowledge.

Code For Life
Code For Life is an effective tool for those users who want to teach their kids about coding. Code For Life comes with interactive minigames that teach the basics of coding in a slow-paced way. Although Code For Life is for teaching coding concepts to kids, this learning app can also be helpful for beginners.

Codesters
Codesters is a coding learning app that interestingly teaches the programming language python while playing a game. It is a text-based app, which means that it’s best suited for those who enjoy reading and aren’t easily intimidated by walls of text.

Learning how to code is now easier than ever, as you can take as many lessons as you want wherever you go. By downloading one of these apps, you can easily start your learning journey and become the programmer you always wanted to be. 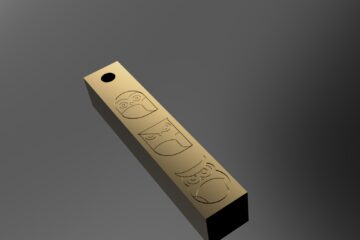 I have chosen to donate my owl jewelry to Grabcad. Here you can download this jewelry and get the original files. https://grabcad.com/library/owl-jewellry-1 Easy to modify if desired, requires you to have Fusion 360 installed. Fusion Read more… 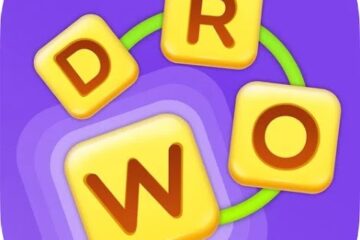 If you look at the pictures and read the description, this is a real find. Reservation price of SEK 5,000. But we download it and try it, it should be thousands of tracks. But it crashes I use Read more… 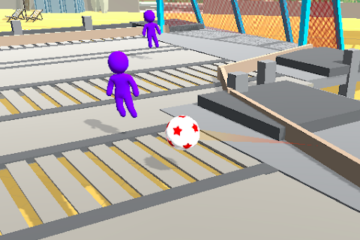