Software Development: What Does It Comprise of Today?

Currently, the primary stages of system development lifecycles can be broken down into several steps. Each step is important because it can streamline the entire process and make it easier to develop software. Also, another benefit of this is that problems can be found and fixed on a quicker scale with a concrete plan.

The initial phase is to plan your way out into analysis, and this can vary depending on the software that is being developed, including apps or applications for mobile devices. This phase can also be called the feasibility phase. During this phase, it is where a developer will plan for the project to come, and it helps to easily define any scopes that may be existing in the system and to define any problems that may be existing.

Also, during the planning phase, it is possible to the term in any meeting goals for the new software systems. This streamlined process is used to develop an outline effectively for an upcoming development cycle and can help the programmer or software engineer catch any problems before they develop into more serious issues. additionally, the planning phase is used to obtain any resources or funding that may be needed to complete the entire project. During this phase, programmers and software engineers must use the time to create a project schedule. This can be very significant during the development of each face that is adjacent to planning because scheduling helps to meet strict timelines.

During the analysis phase, programmers and software engineers use this time to put together all the details that are specific to the project. this includes all required systems that are new, which was determining the first idea for any product types that will be made. Software engineers and developers could use this time during the analysis phase to figure out any system requirements for the prototype. Also, this time can be used to evaluate any is this in a prototype that may be like the idea that the developer has thought about already. In addition to this, it is a great time to evaluate any alternatives to the existing models.

Software engineers and developers can use this sign to determine each need of the end-user, and this user requires extensive research on part of the team or individual working on the project during the analysis phase. Additionally, the individual or team working on the project can use this time to make any requirements for the software that is up to the specifications that are required, and an SRS certificate or related documents are usually utilized.

All the specifications for the hardware, any network requirements for the systems they are planning to build, and software are included during this phase. this phase is very important because it helps the team or individual working on the project from using too many funds or resources.

This phase is crucial to take before the development phase, and this lays the foundation for the next steps. Software developers can use this phase for detailing an outline that has many aspects that specify the information for the overall application of the project. Some of the adjacent civics include databases, interfaces of the systems, interfaces that include users, and any network requirements that could be used.

Commonly, an SRS document (that was designed or created into a logical structure) can be shortly used in the programming language. It is important to note that the plans for maintenance, operation, and training can be created so that each developer will know what to do throughout each phase of the cycle going ahead. When this phase has been completed, a software development manager can create a document that can be referenced throughout all the next phases concurrently of SDLC steps.

The development phase is very important because it requires the programmers to write code and build applications that are according to an earlier design document. this includes any specifications that have been outlined according to the project. Likewise, several tools are used during this phase that is imperative to the success of the entire project, a software development plan. it is important to note that SAST (Static Application Security Testing) tools are usually used. During the development stage, each program code is related to the product and will be built following the design documentation and specifications.

During this phase, this is where all the planning that was finished beforehand Will be used straightforwardly in the development phase. Software developers normally follow coding guidelines defined by a set organization during development. this requires the usage of a variety of components and tools such as debuggers, interpreters, and compilers.

Some of the common programming languages that are used in the development process include C++, HTML, PHP, Java, and many more. Software developers must select the right program codes per the project requirements and specifications that have been priorly laid out.

Testing is another phase of the software development lifecycle, and it is usually not the end of the process of developing software. During this phase, it is imperative to make sure there are not any bugs and that will be positive at all points of usage. Also, during this phase, software developers will look at every aspect of what has been developed by looking at every detail. This helps to fix any defects or bugs. During the review of the testing stage, issues that are present are often later retested after being fixed.

Throughout the testing stage, all the developers must understand that the software that has been developed meets all quality standards that were designed, created, and defined in the SRS document. The testing space can take an extremely long time depending on how highly skilled the developer may be, software complexity, and end-user requirements.

For the duration of the implementation phase, the design for the software will be incorporated together as a whole. The designed modules will be used together as a first source of coding through the software developer’s actions to control a training environment that will detect further defects and errors. Information systems will be incorporated into a specific location and then installed. In theory, the software is ready for the market after it has passed this stage. This means that it can be ready to be utilized by end-users.

Did you know that the phases of software development do not end after testing the implementation? This is because of the software development lifecycle (also known as SDLC), this is especially the case after the software has reached the stage of being in the marketplace. The developers of the specific software (that had been made as an initial project) usually migrate into a different phase called system maintenance.

In this phase, system developers will start all actions that require resolutions for any problems reported by the end-users. Additionally, the software team of developers will also be highly accountable for making any changes that the project may need after it has been issued to end-users. Some of their responsibilities during the maintenance phase include resolving any bugs that they were not able to fix before the release of the software. Also, this can involve repairing any issues that may arise the end-users may experience that can be found on user reports. Larger software systems commonly involve a lengthier time within the maintenance phase compared to smaller software projects. After the system maintenance phase system analysts play a king part in the entire software lifecycle process.

When involved in the software development lifecycle a system analyst is very important and manages the entire software system project. As system analysts, they are highly aware of how the system works overall, and this includes any parts that may be mobile. A system analyst can help guide the entire project by giving applicable guidelines or instructions.

Likewise, a system analyst has great communication skills and can lead their team towards success within their role. A fantastic system analyst can plan accordingly so that each development phase can be finished on time. This includes the completion of each phase of the development lifecycle for the software project you know promptly each time.

Agile – This is a model that is highly popular in the software development sector. When this model is employed, it puts high-speed and enduring release cycles at the forefront. This model uses the smaller changes and variations between each issue of the software. Compared to other models, when using the agile method, and involves more testing than almost any other fundamental methodology. It is a better way to address several smaller issues that may arise. It is best to use this model to prevent missing issues in the long run, especially with projects that have more complicated phases.

Waterfall – Did you know that this is one of the oldest software development lifecycle methodologies there is still currently being used today? This is because it is a simple method that is direct to the point. This method or model requires a software development teen to complete a project completely one phase at a time. the waterfall method or model can be locked into an assembly line that was initially used by Henry Ford. When working at one phase at a time, teams can complete projects at a much faster rate. Also, each phase has a distinct plan that is separate from each other and prior data from each phase is used for future phases. This helps to prevent mistakes and issues along the way during the software development process.

Did you know that with the spiral method (or model), customization and creating newer products can be simpler? This is because the software development project goes through four central phases repeatedly in an allegorically spiral wave or motion. Feedback can be received earlier than other models applied in the software development cycle because of the repeated four central phases. 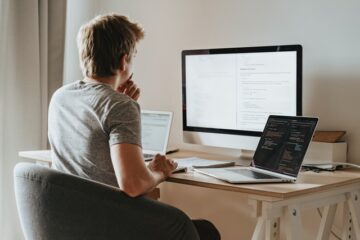 How to Learn Python Quickly and Easily

If you’re not sure how to start, there are a number of resources available that can help you learn Python. I’ve listed a few below: FreeCodeCamp, Coursera, NeuralNine, and Sololearn. If you’d like to learn Read more… 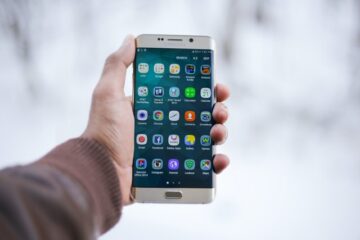 As technology continues to evolve, the emphasis on mobile devices is showing no signs of slowing down. Because of this, there is a constant demand for people who know how to develop apps, and this Read more… 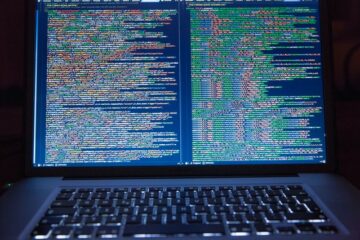 Which programming language is best for getting job 2022?

Trying to figure out which programming language is most suitable for you when you’re thinking of getting a job with the tech industry is something worth considering. With so many branches to think of, there’s Read more…